Production is becoming in!

We were deeply disappointed with the ceremonial opening of the BIAM and Welding fairs at the Zagreb Fair on the last Tuesday in April, that is, with the visit of the Zagreb mayor to the exhibition stands. Specifically, Tomislav Tomašević did not even stop at the Zadar HSTec stand, the only Croatian exhibitor at BIAM that actually manufactures and exports machine tools. It is clear to us that Tomašević, a political scientist by profession, certainly does not know what motor spindles from Zadar are, nor is he particularly interested in the fact that HSTec held the premiere of a universal robot cell for serving machines from its own development at the fair. Still, it would be a good idea for the organizers of the fair or his protocol to mention to him that the company that earned HRK 80 million last year with its own intelligence, work and effort, of which HRK 46 million came from exports isa at least worthy of a handshake with its director. 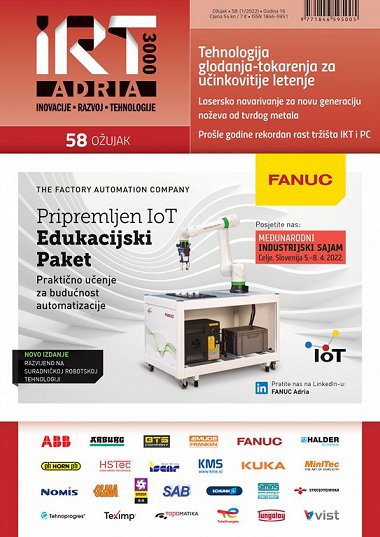 How to help ourselves in a situation where energy is so expensive that a joke about it already became shabby? The joke goes like this: you ask your significan other if she wants to go to an expensive place, and you take her to the gas station.